ATS pays a lot of attention to quality. In 2005, the Company adopted as Quality System Management the one proposed by the international standard ISO 9001, and obtained the certification by “SQS – Sofware Qaulity Systems AG.

The ATS Quality System intends to develop a corporate culture oriented to excellence, and to realize managing processes which lead to a continuous improvement of projects, services and products, in order to achieve customers’ satisfaction and respect delivery times, costs limits and requirements specified by contract. 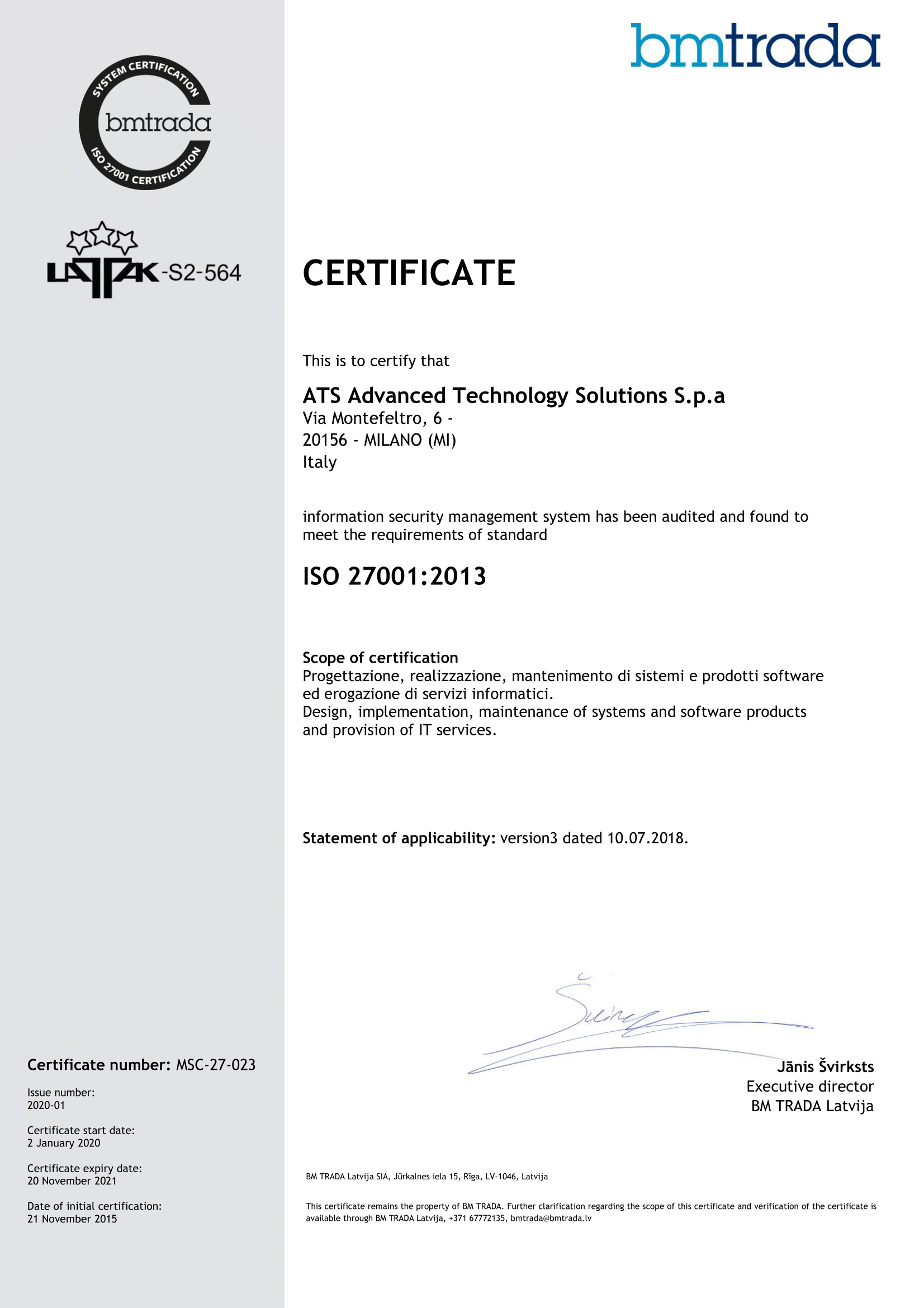